LeBron James, in his 17th season, has a chance to win his fifth NBA MVP award.

The only thing standing in his way is a certain young buck.

“Giannis is doing something that we’ve seen historically happen before. Steve Nash somehow improved the year after his 1st MVP. When you’re an MVP, and you get better — Giannis is averaging more points, rebounds, assists, threes made in less minutes this season.” —@TheRyanHollins pic.twitter.com/PsVqMF2GgI

— @getnickwright on the MVP race pic.twitter.com/uwGN78Mr9T

But what was once a landslide win for Giannis Antetokounmpo is now a hotly-contested battle between the Greek Freak and the King.

It’s Giannis’ to lose, but the King has – and can continue to make – a strong case.

“LeBron isn’t going for MVP this year, it’s just organically happening. We’ve seen him in the past gun for MVP and even vocally put it out there. He’s not gunning for it this year.” — @TheRyanHollins pic.twitter.com/fOTavEc557

The Greek Freak is having a historic season. He’s widely regarded as the best defensive player in the league.

His individual numbers are nearly unmatched. 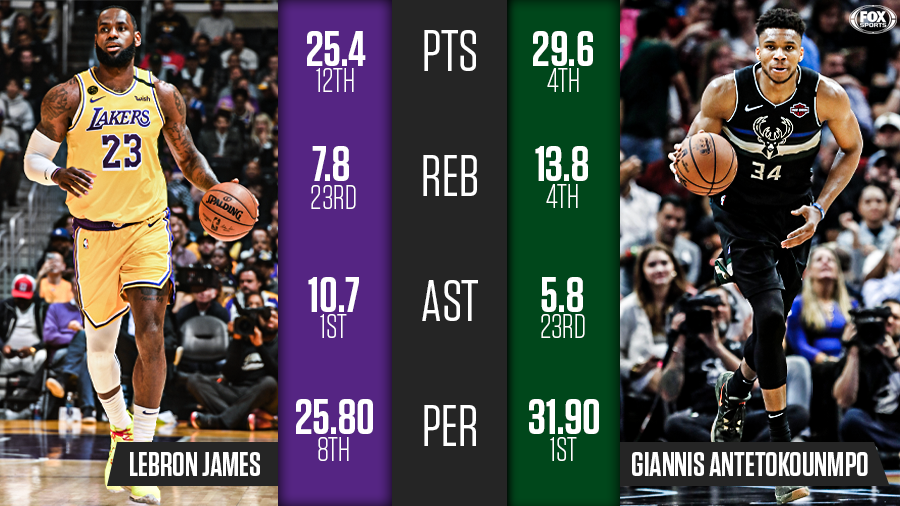 LeBron is still in the conversation for best offensive player in the game. He doesn’t score like James Harden, but he leads the league in assists – and still scores a lot.

James’ role as dedicated point guard – for the first time ever – brings attention to his on-court leadership, which is unlike any other player in the league.

Giannis is as valuable as they c0me, but Milwaukee has had some success this season without him, despite the small sample size.

In addition, the Lakers’ offensive output plummets significantly without their superstar. 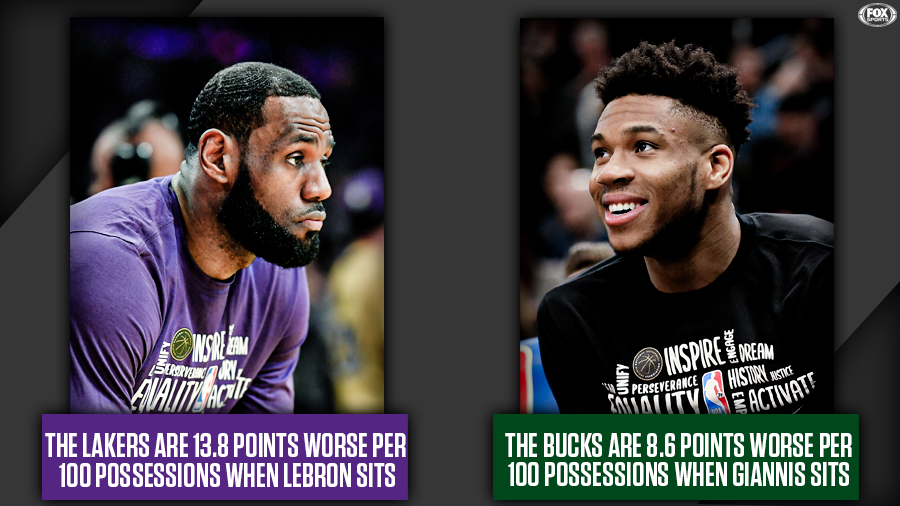 Working in Giannis’ favor is the fact that the Bucks are on track to win 70 games and will most likely set a new NBA record for point differential.

LeBron and the Lakers are currently five games behind Giannis and the Bucks, but do the schedules really equate?

Stamping Nick’s point, it was announced this week that LeBron was named Western Conference Player of the Month for February.

Nobody does it like him. Your Player of the Month, @KingJames. pic.twitter.com/J8Rl6gqVjt

He is the first Laker to win the award in back-to-back months since Kobe Bryant.

.@Chris_Broussard on LeBron winning WCP of the Month back-to-back:

“This will strengthen his case, but I think Giannis is the frontrunner. If LeBron wins it I’m not going to protest, 17 years in we can argue he deserves more than 4 MVP’s. I think the league wants LeBron to win.” pic.twitter.com/CFXvlU5aOi

But writers vote for the MVP winner. And writers love a great story.

“My bottom line, LeBron James will win the MVP… The LeBron story in year 17 is a great one.”@RealSkipBayless on why the King will beat out Giannis for the MVP Award pic.twitter.com/ocAln740eZ

While Giannis’ efforts on the defensive end are impressive, MVPs immediately before him included Harden, Russell Westbrook and Steph Curry.

None of those guys are really lauded for their defensive presence.

“They are going to elevate LeBron at the expense of Giannis, who is on a pace to set the all-time record for Player Efficiency Rating… And right now is No. 1 in Defensive Efficiency Rating.”

LeBron has the numbers and the story. The final step?

The Lakers are now entering their toughest two-week stretch of the season, starting with none other than Giannis and the Bucks at STAPLES Center on Friday, followed by a “road game” against the red hot Los Angeles Clippers on Sunday.

The Lakers are a combined 0-3 against both teams.

The “LeBron for MVP” campaign needs these wins.

If he can pull it off, what seemed like a long shot…