The announcements rolled in, seemingly never-ending, all with different descriptors that amounted to the same thing. The terminology – canceled, postponed, paused, suspended – all led us to the reality that most of American athletics, professional and collegiate, has gone dark.

For a while, it seemed like NASCAR would be a significant and notable outlier, having opted to still stage its events at Atlanta Motor Speedway this weekend and Homestead-Miami Speedway next week, without fans.

I’ll be honest. Never had I looked forward to a NASCAR race so much. I enjoy the sport without being a passionate and devoted follower, but it was something. Something to fill the void of all these lost moments in sports. Something to remind us that life, while certainly not about to continue as normal, had not entirely ground to a halt.

It felt okay, NASCAR going ahead. Better than okay, in fact.

The NBA didn’t have an option. The very nature of basketball, played in indoor arenas, by competitors who make repeated physical contact and sweat all over each other, meant that the moment Rudy Gobert tested positive, a shutdown simply had to happen.

NASCAR is different. Wide open spaces. Drivers separated from each other and their teams by helmets, race suits and high-powered machinery. Sure, Atlanta and Miami would take place without the sport’s loyal core of racing followers and that was unfortunate, but why not let the show roll on for now?

At least, that was my thinking, until I spent Thursday night scouring the internet and trying to find out if sports was going on in other parts of the world, and where. A combination of time differences and the fact that Australia might be one nation even more sports obsessed than this country led my cyber search Down Under.

I found a game from the sport of rugby. It was between the North Queensland Cowboys and the Brisbane Broncos, and even if you have no idea what rugby league is about, you would have recognized the contest as “sports as we know it.” 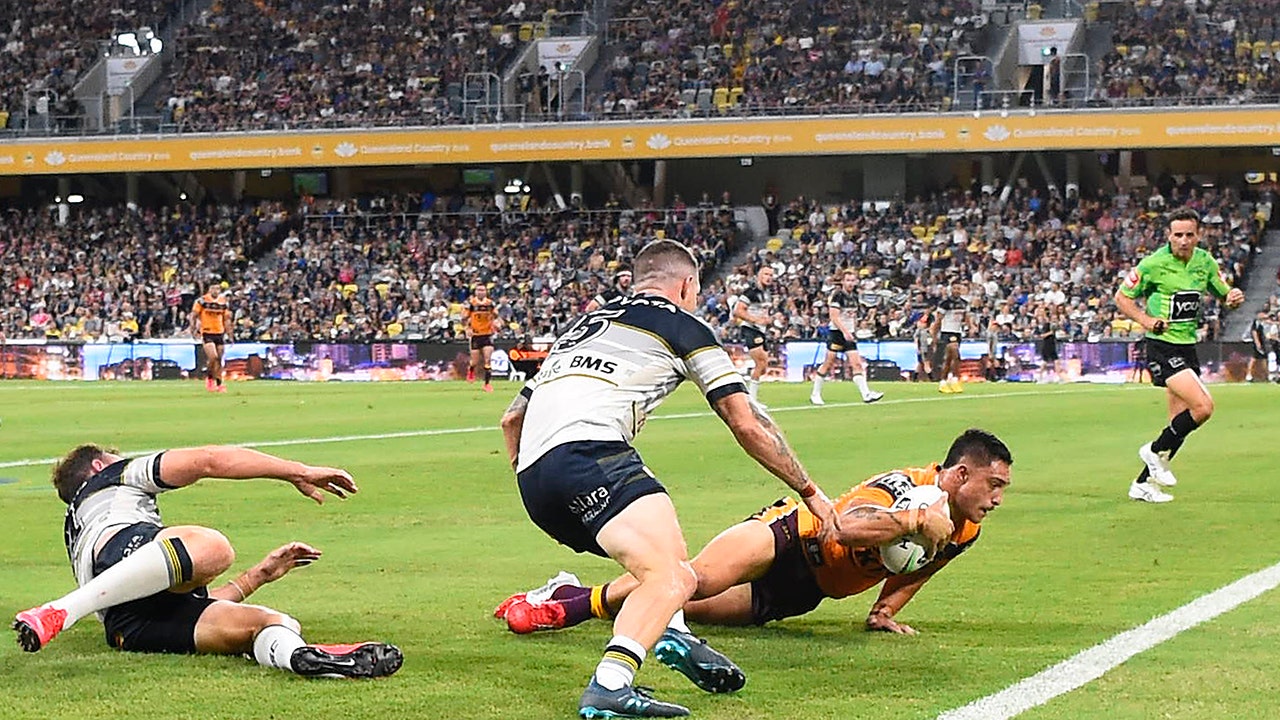 There was a big crowd, 20,000 or so packed into North Queensland’s new stadium in the city of Townsville. There were cheers and “oohs” and “aahs” and applause, screams and yells and everything we have come to expect and take for granted. I don’t have any great interest in rugby league, but it was entertaining enough that it kept me watching for an hour.

Around the same time, more than a thousand miles south, another Australian sporting event was going on. In cricket, the Aussie national team was taking on New Zealand. In sports, the two countries hate each other. It is a rivalry as intense as you will find anywhere. When it comes to cricket, it is intensified. In 1981, after an Australian player acted unfairly in a vital match, the New Zealand prime minister was moved to call him a coward.

But this game was being played without fans. And it wasn’t the same, not even close to it.

The intrigue of being able to hear the players call out to each other lasted all of two minutes. Missing the supporters, it was without one of its most special elements. I turned it off.

Sports needs its fans. Which is why, when NASCAR made its decision on Friday to change tack and postpone Atlanta and Homestead altogether, it felt right, even beyond the very important health concerns.

It’s been an unprecedented 24 hours in sports.

Here’s where the sports world stands in the midst of the coronavirus. https://t.co/Tu3QfyOZHv

When fans are referred to as the lifeblood of the game, it is not a cliché. The noise, the buzz, the anticipation, the communal emotions, it isn’t just what makes sports better. It’s what makes it a spectacle.

In America, there is not much left. IndyCar took similar action to NASCAR, removing another option. If you want to watch sports, you’re pretty much restricted to mixed martial arts, which seems determined to buck the trend of cancellations, and horse racing. There’s a smattering of international hockey, too, and, as you’ll see below, sumo abroad. The Phoenix Suns will “play out” their season on Twitch, via NBA 2K, if that intrigues you.

There won’t be many more announcements, because there’s hardly anything to cancel. Sports organizations have correctly opted to put safety first in these wild times. They’ve acted in the interest of their fans, which is entirely right and proper. For when things finally get back to normal again, they’ll need them to make more noise than ever.