Turns out, that something sure was something.

The @Buccaneers are expected to sign former Patriots QB Tom Brady, barring anything unforeseen. (via @AdamSchefter and @JeffDarlington) pic.twitter.com/qs7gP3EnfZ

And now, something special could be brewing in Tampa Bay.

Updated look at what the @Buccaneers offense could look like 👀@TomBrady with some new targets 🎯 pic.twitter.com/ZPacUz7LAp

The NFL world changed on Tuesday when Brady announced that after spending 20 years in a New England Patriots uniform, he was leaving the franchise.

Immediately, attention turned to what uniform he would be donning next season, and it didn’t take long for us all to get our answer, even though it hasn’t been announced quite yet.

The #Bucs’ contract with new QB Tom Brady, one that pays him up to $30M on a per-year basis, is agreed to and finalized, sources say. Not that there was any doubt, but there were no issues. All that’s left is for @TomBrady to announce it.

There you have it. Brady – with no foreseeable snafus impeding his progress – will move his operation to Tampa Bay. So…what awaits him?

For starters, he will inherit a slew of young ball-catchers, beginning with Mike Evans. 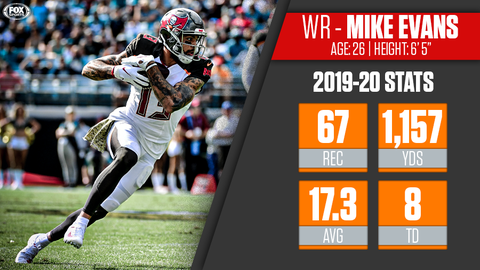 Evans is a beast. In his six pro seasons, the 3-time Pro Bowler has put together six 1,000+ yard campaigns and has a career average of 15.7 yards per catch.

Here are highlights from one of Evans’ best games from last season:

Lining up across from Evans is Chris Godwin, a 6-foot-1 speedster heading into his fourth year. 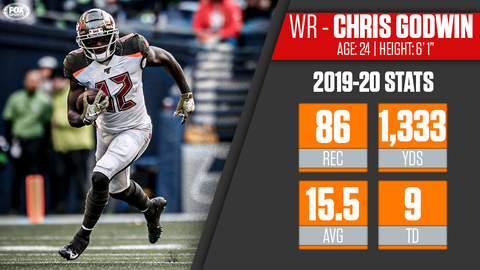 Last season marked Godwin’s first passing the 1,000-yard receiving mark, and he went from catching 34 balls his rookie season to 59 balls his sophomore season to a career-high 86 balls last season.

These highlights are from Week 12 of this past season:

As evidenced by the numbers he’s put up in each of his three seasons, Godwin – a 2019 Pro Bowler – is still trending up.

Also prime to haul in some of Brady’s dimes is tight end O.J. Howard, a highly-regarded prospect coming out of Alabama in 2017. 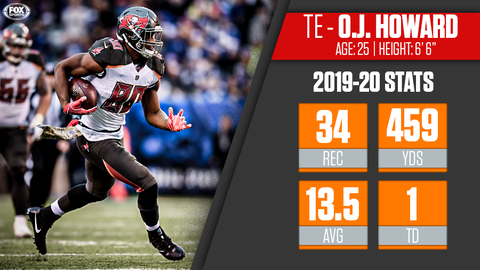 Howard is still looking to have a breakout season, and maybe with Brady in the mix – a man who has extensive experience with superstar tight ends – Howard can finally jump off the page.

Lastly, joining Brady in the backfield is Ronald Jones II, who is heading into this third year. 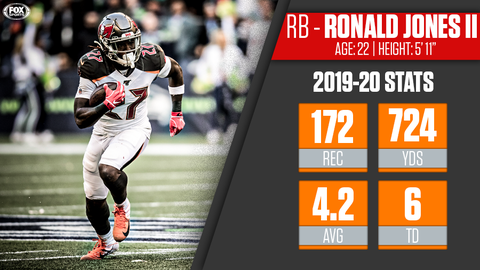 Jones rushed for a measly 44 yards during his rookie season, so his sophomore year stats were actually through the roof.

And as you can see, he likes to catch it out of the backfield and pound it on the ground.

With this same assortment of talent, Buccaneers quarterback Jameis Winston led the league in passing yards last season and was the only QB to throw for over 5,000 yards – 5,109 to be exact.

Winston also led the league in yards per game (319.3), was second in passing touchdowns (33), finished tied for fifth in yards per completion (8.2) and finished sixth in total completions (380).

What lies ahead for Winston, we don’t know.

But we do know what’s waiting for Brady.