The XFL season might have been cut short due to the coronavirus outbreak, but five weeks was enough time for one star to prove his worth.

And what a (short) XFL season he had!

Walker was the only quarterback to lead his team to an undefeated record of 5-0, and he was leading the league in passing yards and touchdowns. 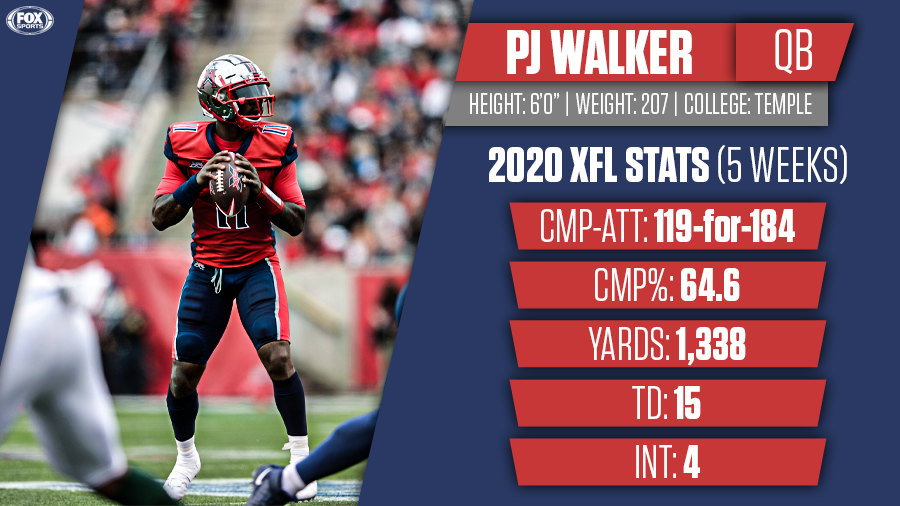 His impressive numbers drew interest from a couple of NFL teams, including the Denver Broncos and Seattle Seahawks.

In Week 5, Walker and the Roughnecks traveled to Seattle to take on the Dragons – the Seahawks sent scouts to watch what would be his final performance, and he did not disappoint.

Walker completed 27-of-38 passes for 351 yards and three touchdowns, leading Houston to a 32-23 victory.

The 25-year old standout will now take his talents to Carolina, reuniting him with his former head coach at Temple, Matt Rhule.

Walker played under Rhule from 2013-16, and the dynamic duo turned around a struggling program.

Walker is the second quarterback the Panthers have locked in this offseason. They recently signed former New Orleans Saints backup Teddy Bridgewater, who will serve as Carolina’s QB1.

Now, Walker will presumably battle it out for the backup spot with Will Grier, after Kyle Allen was traded on Monday morning.

QB Kyle Allen has been traded to the #Redskins, reuniting with HC Ron Rivera. (per multiple sources) pic.twitter.com/9XXU8sz7ev

Walker’s move to the Panthers will represent his return to the NFL. He was on the Indianapolis Colts‘ practice squad in 2017-18.

Former teammates are excited to watch Walker at the next level and see what he can do.

PJ walker definitely making Carolina squad!!! He back with his coaches from Temple too🙏🏾🔥

Honestly, so are we.