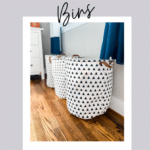 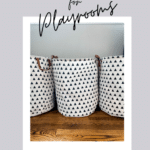 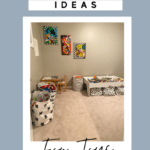 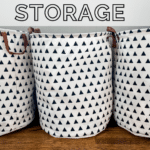 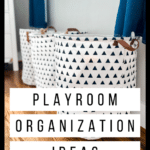 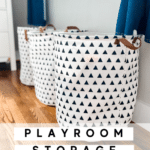 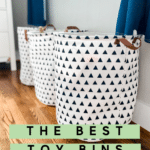 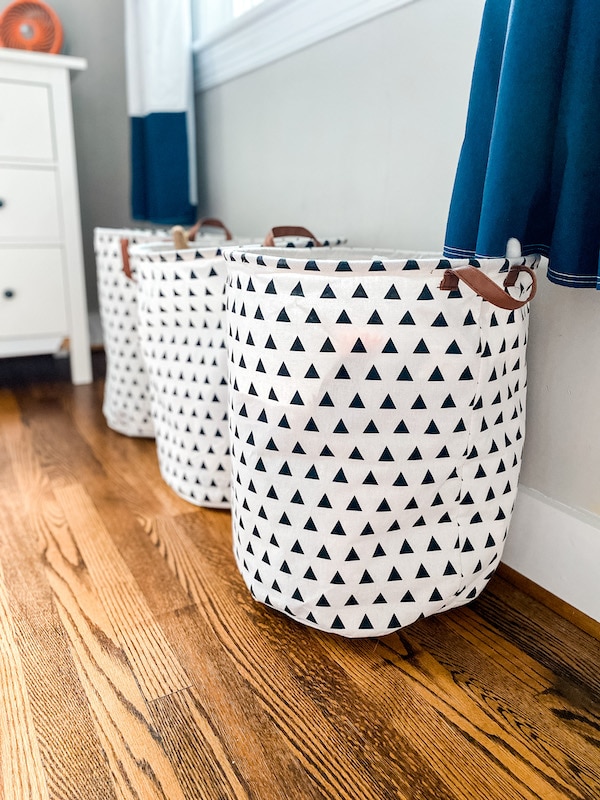 You have heard me sing the praises of these Amazon storage bins many times.

I use them for laundry and toy storage in multiple rooms. They are lightweight and inexpensive. And the patterns are so cute!

I love that they are lightweight enough that my kids can drag them out to the family room, and they are collapsible if I need to stow them away. 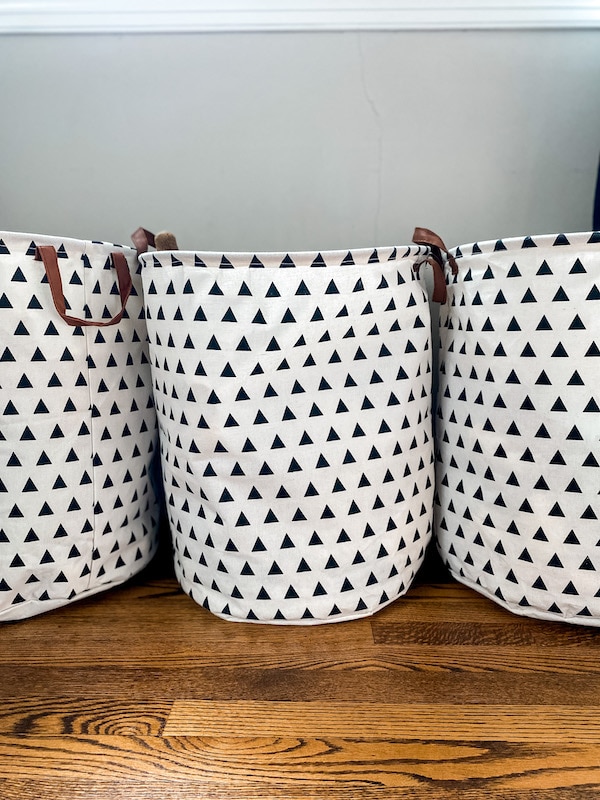 Here’s our playroom Before

Our playroom was filling up with a bunch of mis-matched baskets and boxes that I had stollen from other parts of the house. The one in near the back was made of wood, and I was worried about Birch falling into it. Not to mention they were so heavy he couldn’t move them.

So I relocated the above bins to other parts of my house in need and got a few new bins for a consistent look and ease of use!

I went with three different patterns in the tall bins, all black and white in color.

I love the batman theme for Mazen’s “battle” toys!

We also added the little toddler table to the corner so Birch has somewhere to sit and play!

And these smaller cubes are great for under the train table. They squish down, and Birch can easily pull them out.

The Rest Of The Toys

This piece from Martha Stewart has had many lives, but it is currently the home of various built Legos that we don’t want Birch to crush! The little nooks are perfect for that. (It also houses art and office supplies.)

(It’s no longer sold, but here are two similar pieces.)

And finally, I re-organized our game and toy closet a bit.