Fungi are no strangers on Earth. In fact, they might have been here for over 2 billion years, back when evolution hasn’t caught up with the human race just yet. These mysterious organisms evolved with some peculiar characteristics. Some of these characteristics can be life-threatening, while others are of nutritional value.

Some ancient fungi grew as tall as 9 meters (30 feet) long before trees came around if the records can be believed. No wonder a present-day fungus located in Oregon, measured to cover 400 acres (162 hectares), maybe the largest living organism. Some species glow in the dark, and some possess psychedelic effects.

The ones that possess psychedelic effects are called magic mushrooms or “shrooms.” The use of magic mushrooms dates to ancient civilizations. However, despite the long history of use, there is still a lot to demystify about the medicinal or magical properties of this unique group of mushrooms.

Therefore, to provide a better understanding of these mushrooms, here are seven effects on both the mind and body. But before that, a quick look at the two types of shrooms. 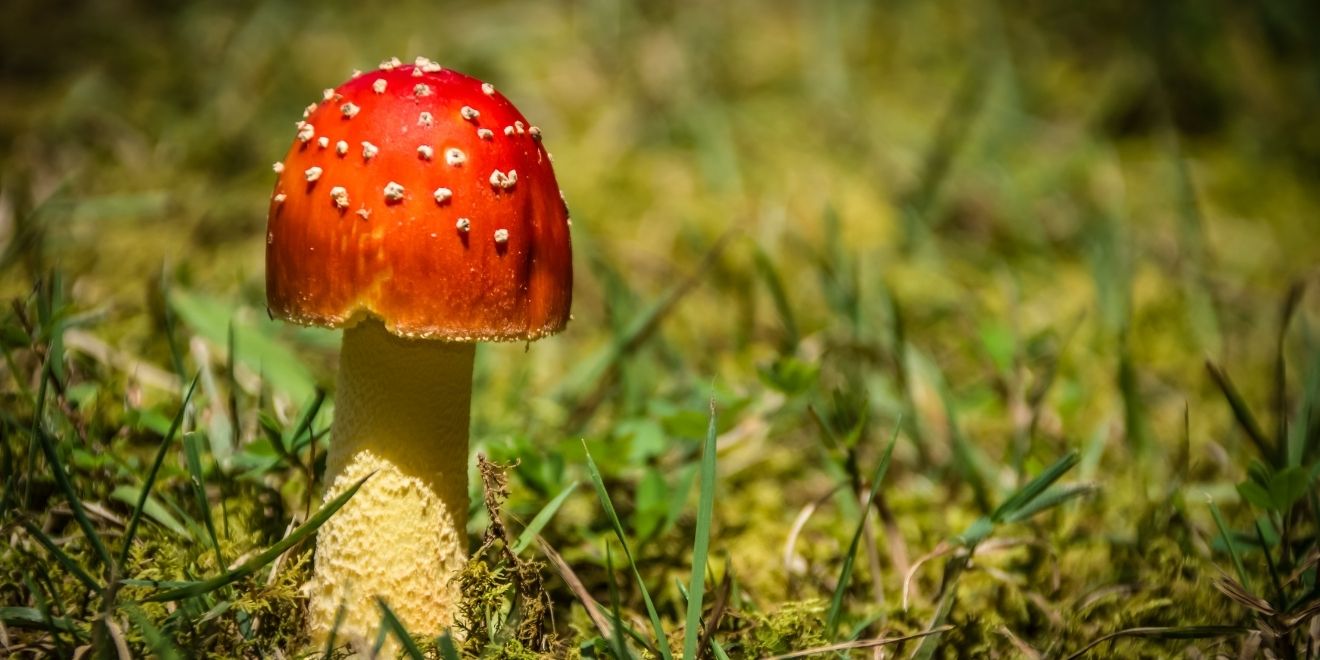 Magic mushrooms can be divided into two major categories depending on the specific types of mind-altering elements that render them “magic.” The first and most common category includes all mushrooms that possess hallucinogen called psilocin and psilocybin. Some common types include Psilocybe semilanceata and Psilocybe cubensis, which contain various strains like golden teacher mushrooms.

The other less prevalent group has a lot of religious significance throughout history. In place of psilocin and psilocybin, these types have two main hallucinogens called ibotenic acid and muscimol. In addition, you’ll find two well-known species in this category, the Amanita muscaria, and A. pantherina. 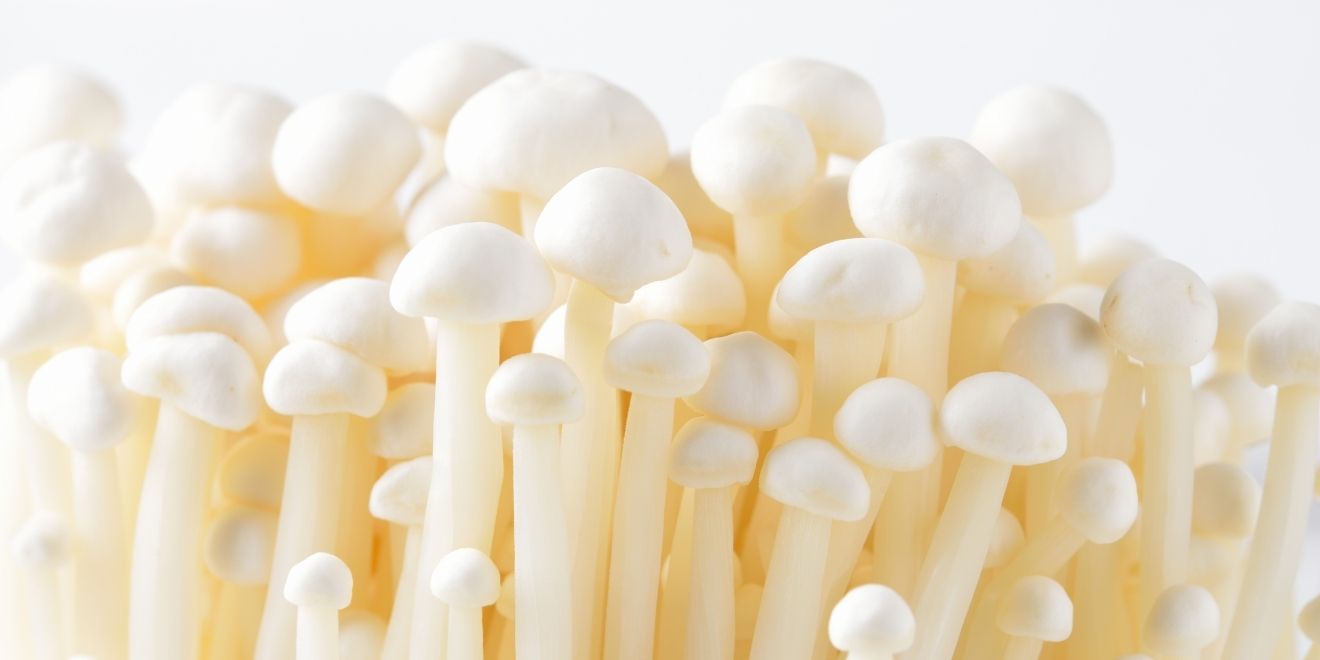 Magic mushrooms are known for their vital hallucinogenic components. Consequently, many people who took them reported seeing and experiencing the unusual. Some of which include hearing colors and seeing sounds. This has been causally linked to the effects of psilocybin on the communication of nerve networks within the brain. Research on this subject conducted in 2014 established this observation.

When individuals injected 2 milligrams of psilocybin, researchers observed new and potent brain activity in different regions that would have otherwise been absent. Thus, indicating their impact on “cross-talk” within the brain.

Shrooms have been used to induce surreal experience among indigenous people from different cultures and tribes for many years. Users can observe themselves in experiences that seem real.

Reports from the National Institute on Drug Abuse show that these kinds of out-of-body experiences that involve users watching a version of themselves in different scenarios start to take effect after 20 to 90 minutes of intake. The varieties in these experiences depend primarily on the amount taken, mood, personality, and immediate surroundings of users. 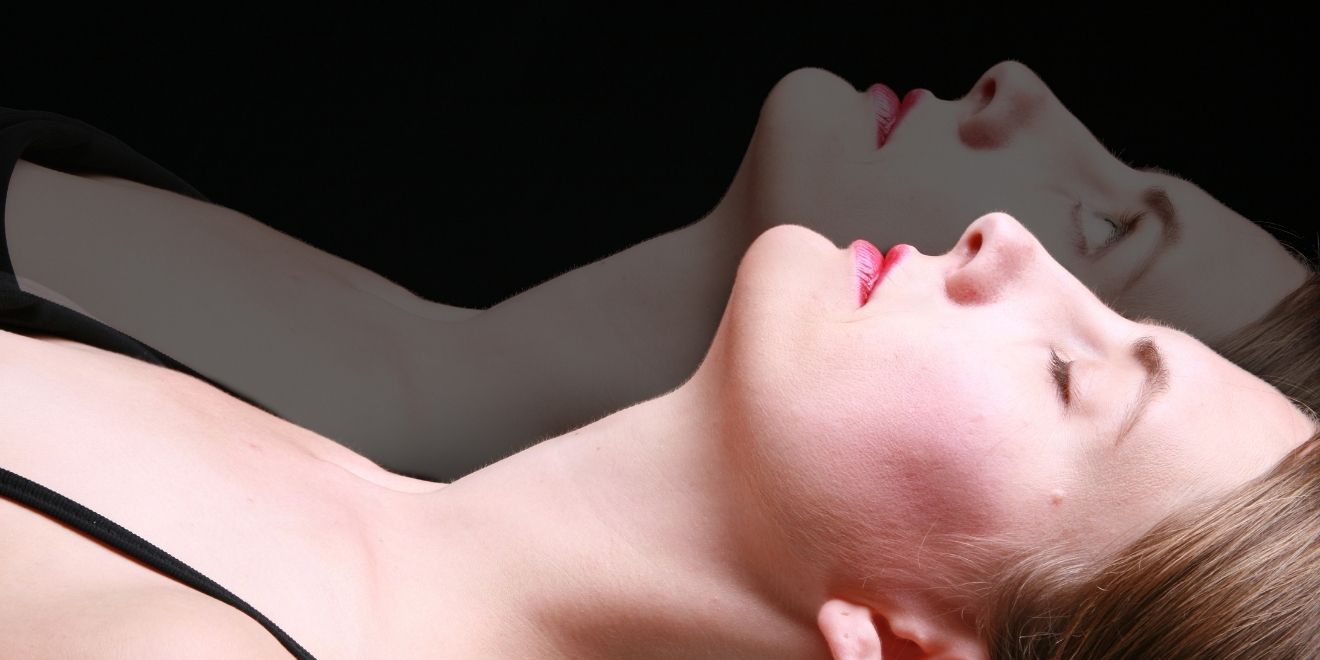 Naturally, the human pupil changes in size to regulate the amount of light getting into the eye. Thus, it responds to increased light by shrinking in size. On the other hand, it dilates when the surroundings get darker. However, different situations may cause the dilation of the pupil.

Some of these being sexual arousal, solving complex problems, or the intake of some drugs. Serotonin-inducing psychedelics such as psilocybin fall within this category. Therefore, taking shrooms may lead to dilated pupils.

4. May Spark Imagination and Open-Mindedness

In research on the psilocybin, psychologists from John Hopkins University induced out-of-body experiences in a number of volunteers after administering a measured dose of the hallucinogen. In this research, the test subjects reported feeling increased levels of imagination, openness, and appreciation of everyday things such as beauty.

Upon follow up, about two-thirds of volunteers claimed their experiences with psilocybin was among the single most significant event of their lives, about a year later. When assessed with the personality test of openness, almost half of them continued to score higher marks than they did before their out of body experience with psilocybin. 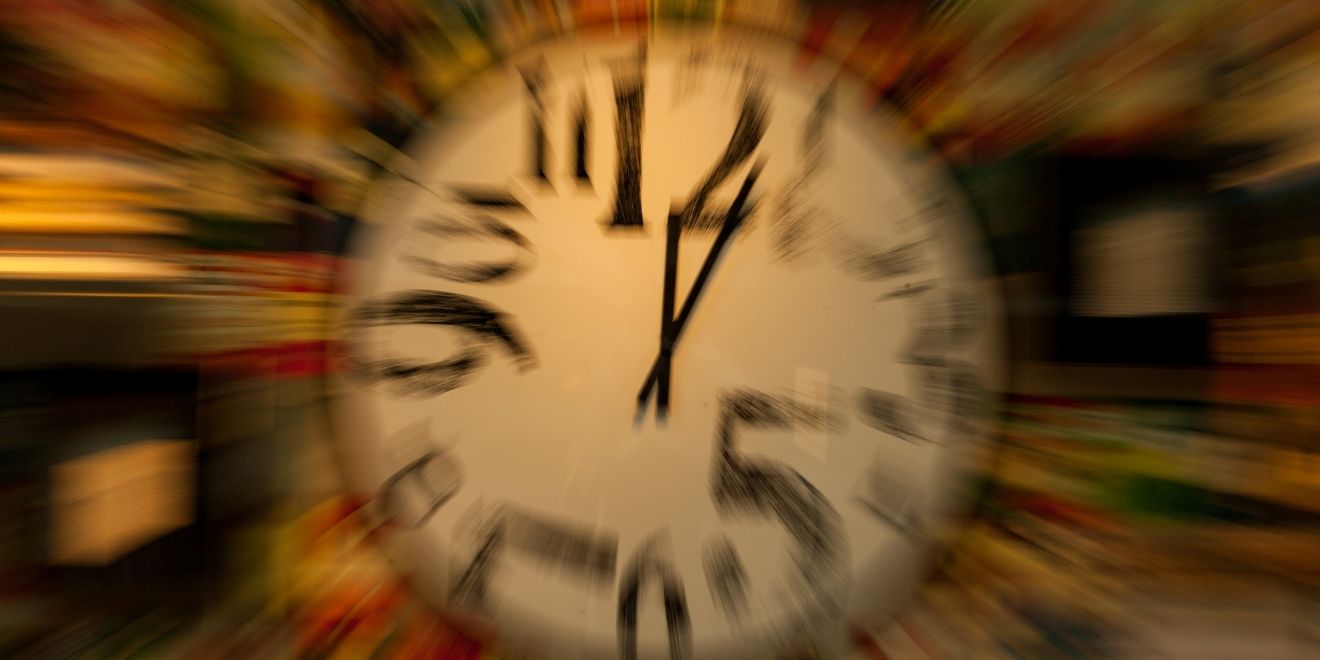 According to the National Institute of Drug Abuse, one of the many effects of magic mushrooms on the user’s perceptions is the feeling of a slowed time. As far as side-effects go, a sense that time has slowed for you may lead to several other changes in thought processes, response to stimuli, and overall outlook on life within the window of these effects, but that’s not all.

6. Can Cause Feelings of Euphoria

Shrooms have been known to induce feelings of intense relaxation like those experienced when people take small doses of marijuana. Identical to other psychedelic drugs like peyote or LSD, the effects of magic mushrooms have been reported to affect the brain’s neural highways associated with the neurotransmitter called serotonin. 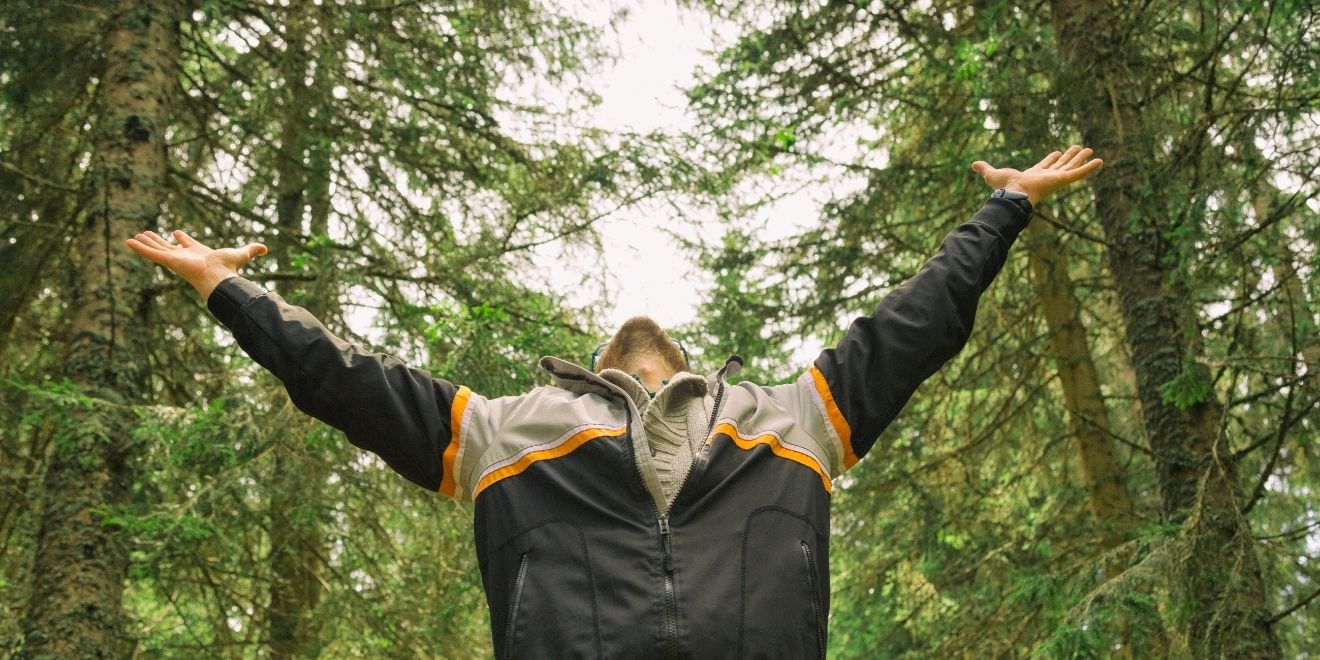 Simply put, they impact the operation of the prefrontal cortex – The part of the brain associated with reception, mood, and other processes like thought analysis and abstract thinking.

HPPD: Hallucinogen persisting perception disorder has been reported since the 1960s in users of some hallucinogenic drugs such as LSD. However, people who used magic mushrooms have also shown signs of this disorder.

Though there is still no concrete definition of HPPD, some scientists like Dr. John Halpern, lead author of the latest report on HPPD, mentioned that about twenty case studies accumulated back to 1966 show that HPPD is inevitable. These subjects experience prolonged abnormalities in their perceptions.

Considering the facts and the kinds of effects these amazing mushrooms have on the human body, there is a need for further research on psilocybin and other hallucinogens they contain. However, this will not be without some limitations since there are legal restrictions to contend with. 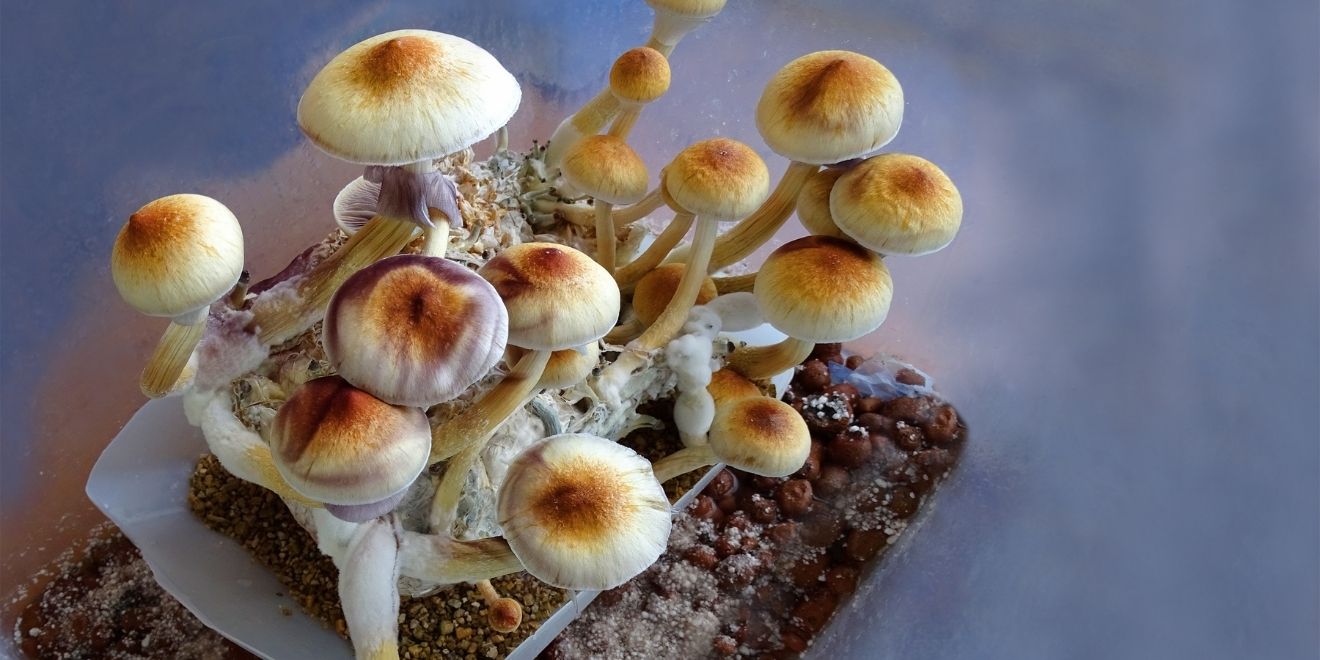 Yet, it’s essential to state that psychedelic effects can vary depending on differences such as temperament, setting, psychological condition, and mood. Therefore, it’s necessary to exercise caution and seek guidance, especially in chronic mental health cases.