Hi on a weekend! It’s been a long time since I put up a Saturday post, but I just have to share this gator sighting video with you all!

Thomas and Mazen went out to enjoy 9 holes together, and of course were looking for alligators. 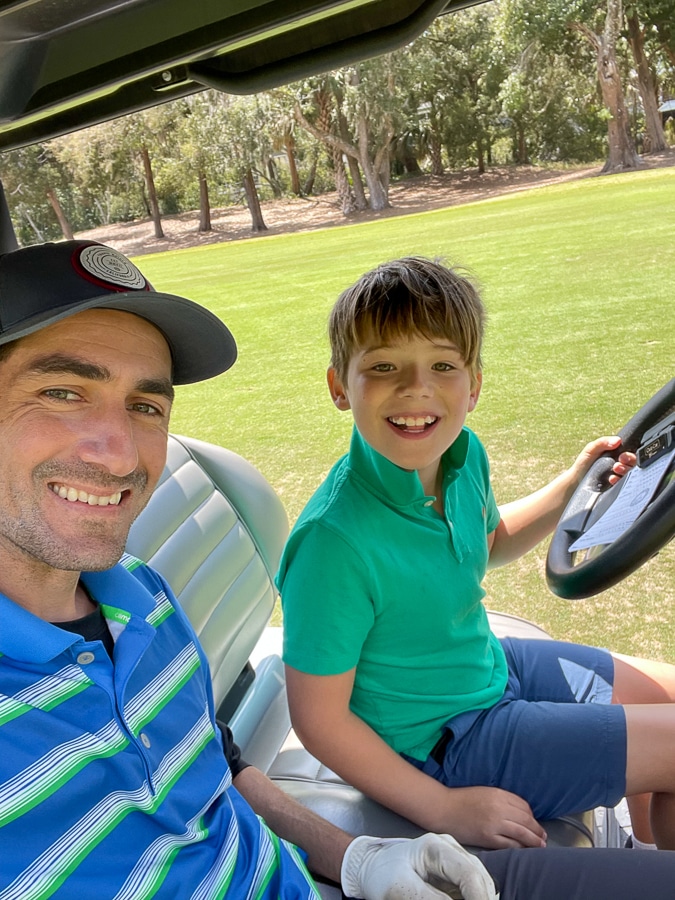 They thought they had found a big one early on in their journey. (I can tell Mazen is actually pretty scared here!) 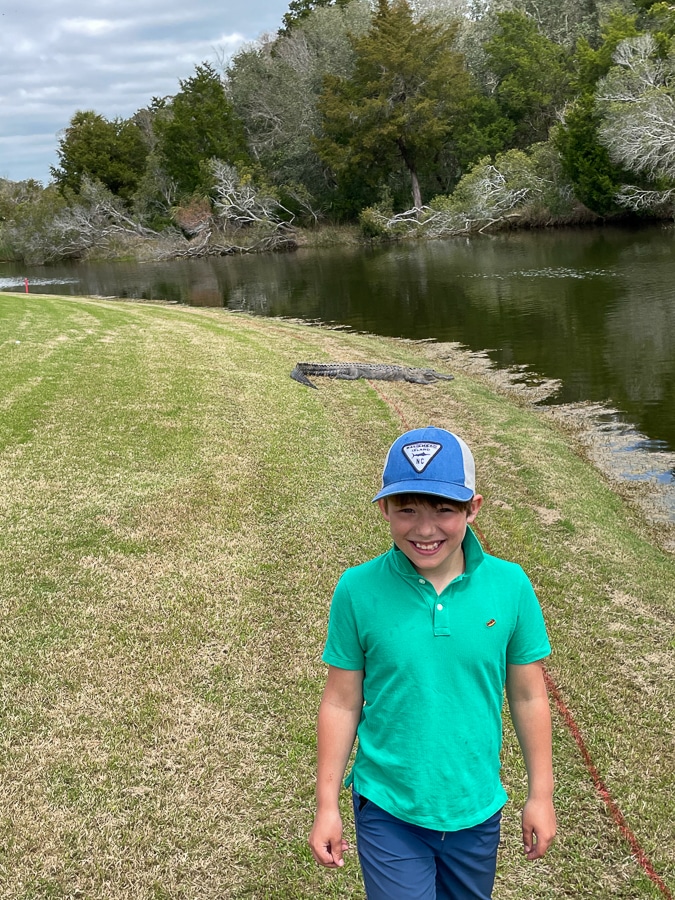 But then they stumbled upon the biggest gator we’ve ever seen!

They spotted him (or her?) from afar and came in for a closer look. Mazen stayed his distance, but Thomas was close enough that he backed away quickly when the gator rose and began walking. I think he had the intention of eating Mazen for lunch! 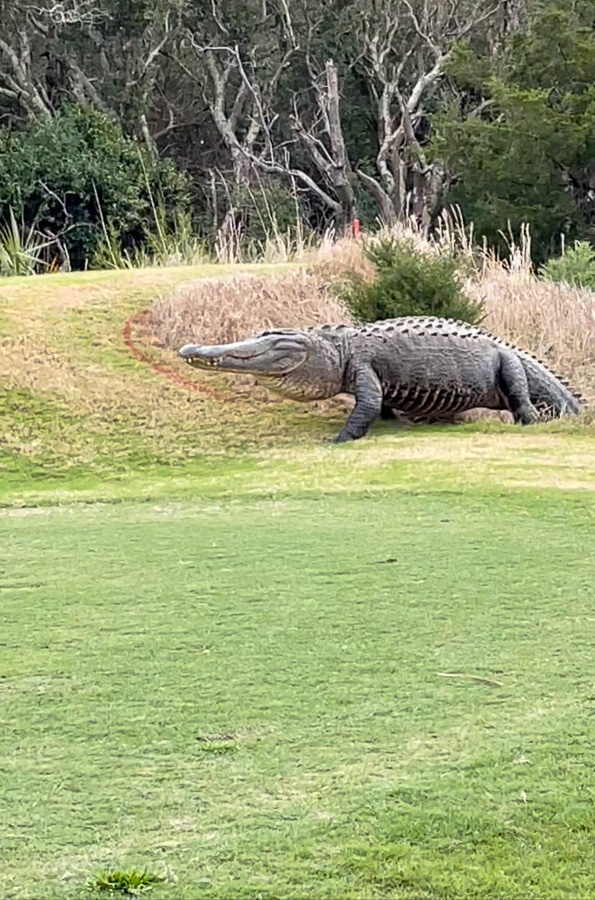 They watched from behind a bush as he cleared the golf course and went on his merry way 😎 He looks like he ate a deer recently! 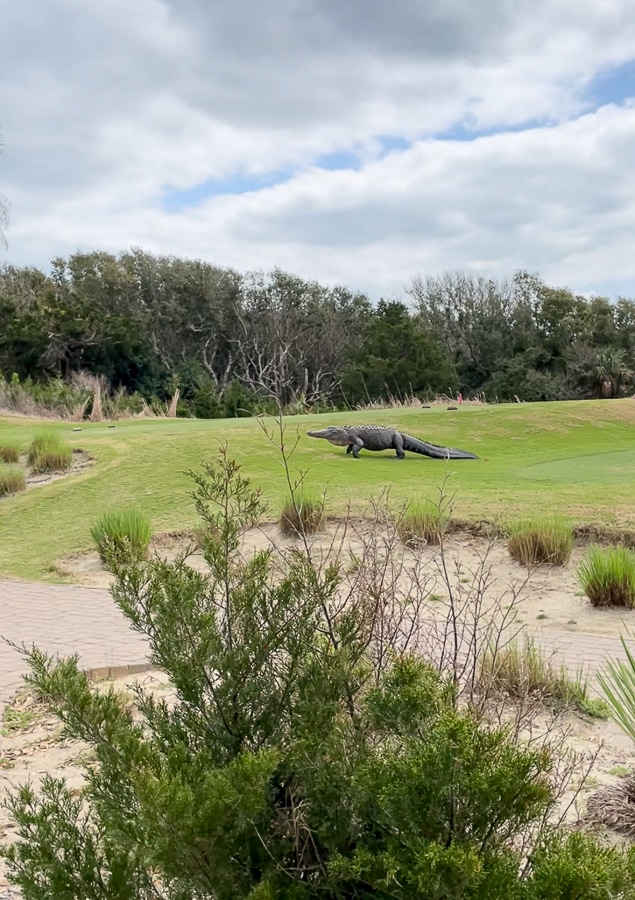 Later Gator To The Grandparents

We had such a wonderful time with Thomas’s parents! They left yesterday to head home to Cville. We’ll be here through the weekend! 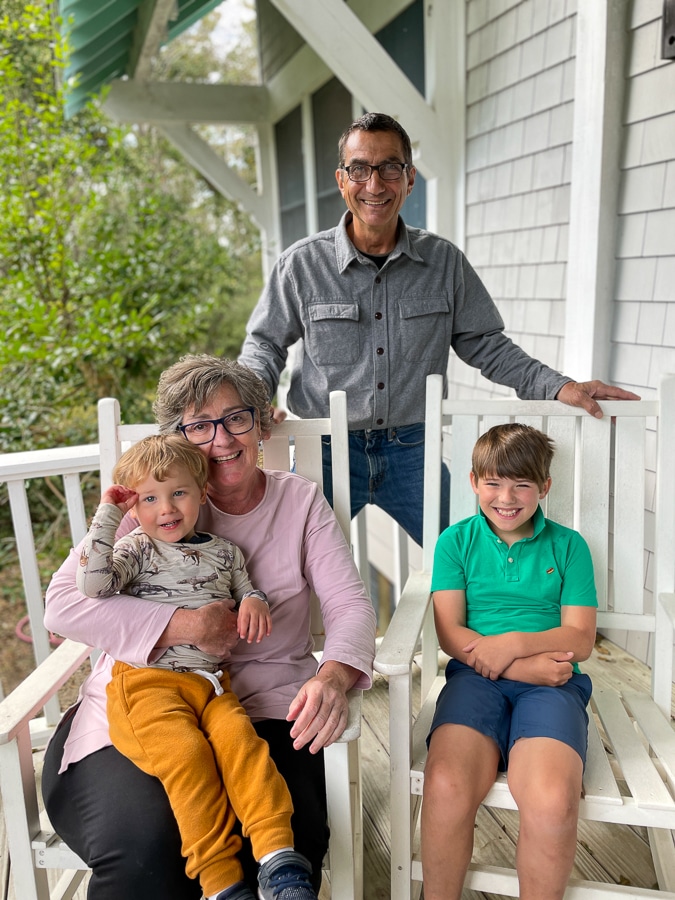 We had a fabulous last day, even if it was quite chilly. 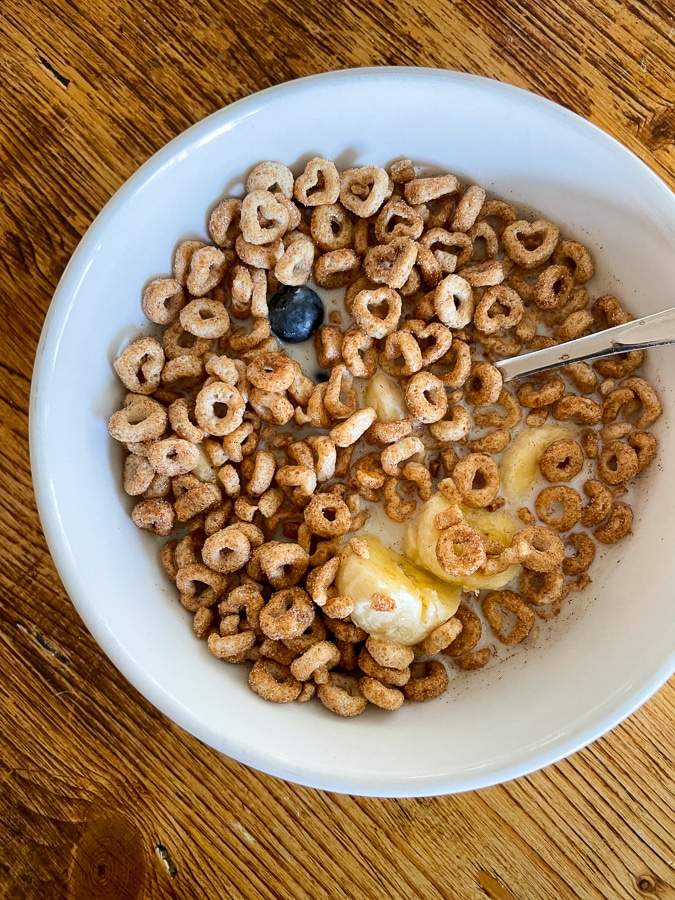 We set up an Easter egg hunt for the boys. Birch totally “got it” this time! Each egg had 2 pastel M&Ms inside. 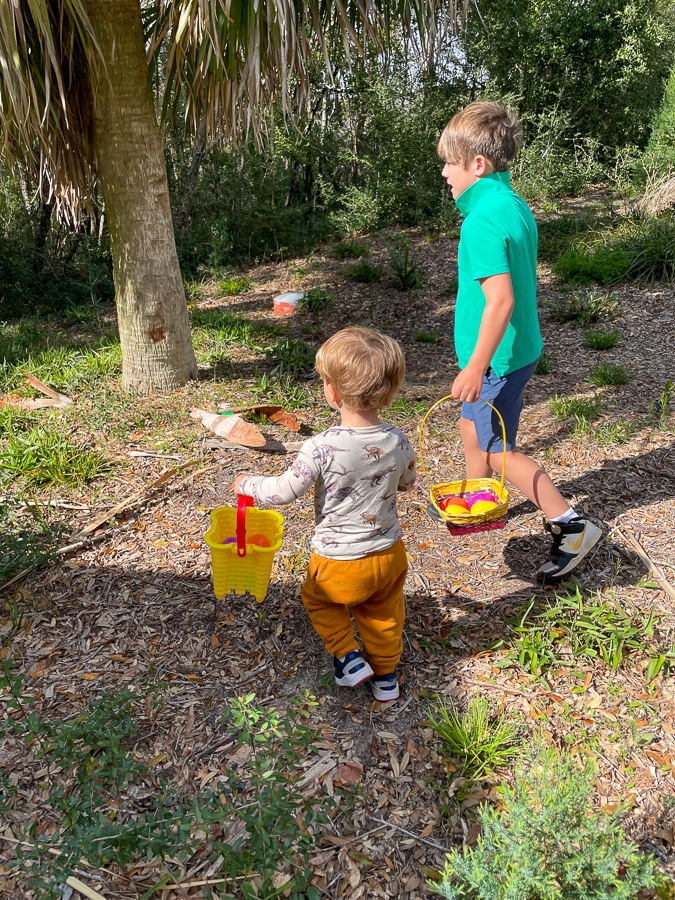 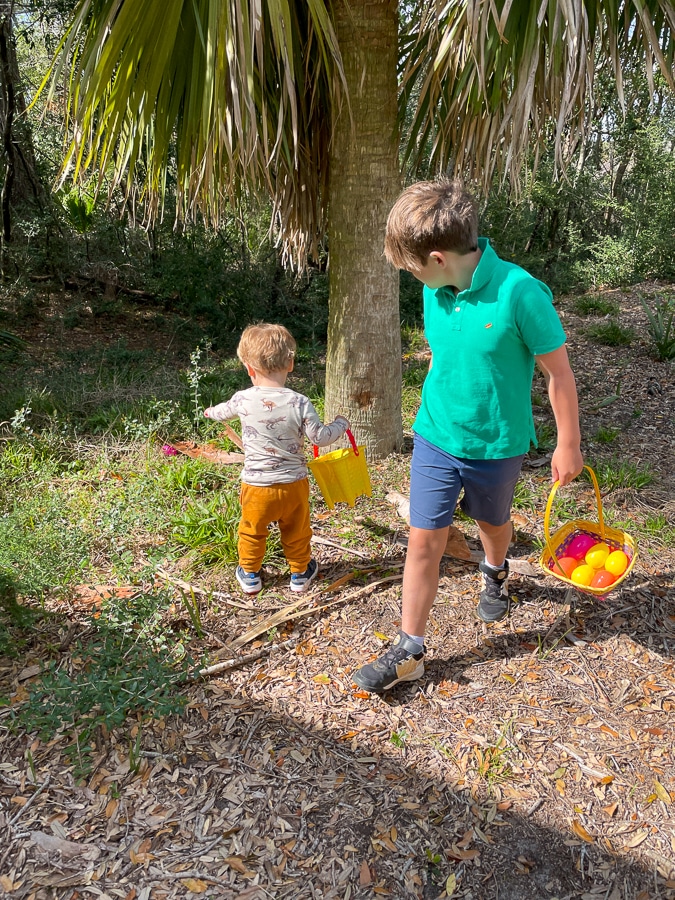 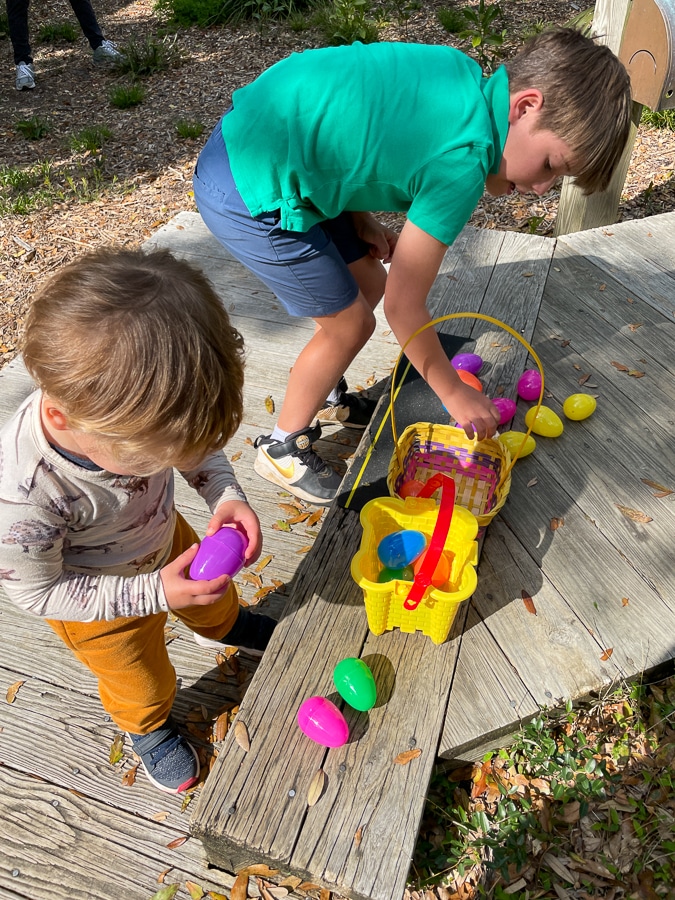 T and M went Geocaching. It’s “the world’s largest treasure hunt” and you use an app to find hidden treasures. It’s really cool! Mazen came back with some little sea creature figurines. 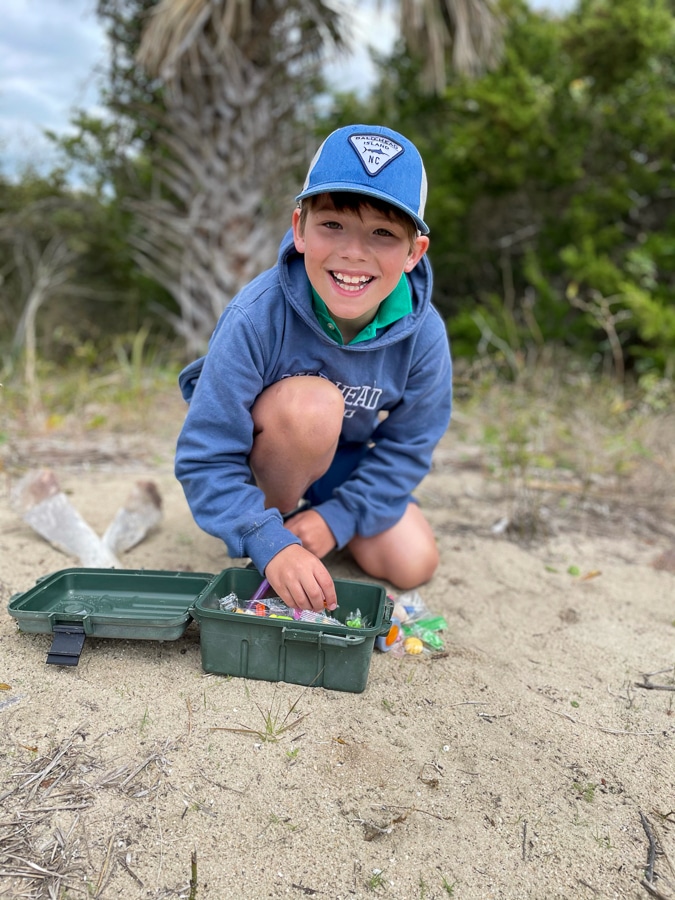 They also climbed up Old Baldy with Grandpa! 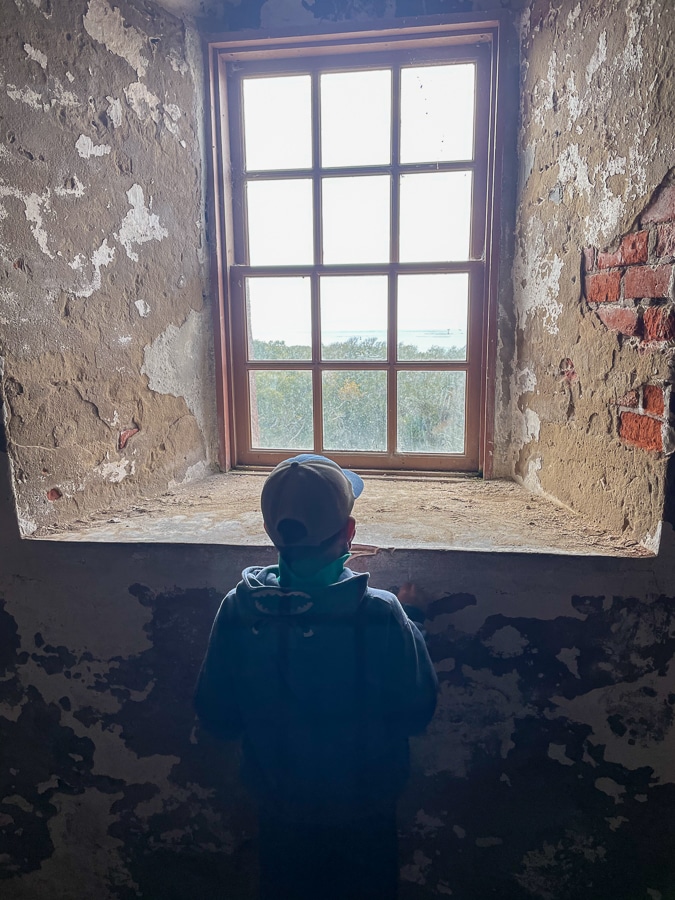 Meanwhile, Birch and I ate sandwiches and did more Easter egg hunts (over and over and over) on the porch and in the house. Then he went down for nap while I got some work done. 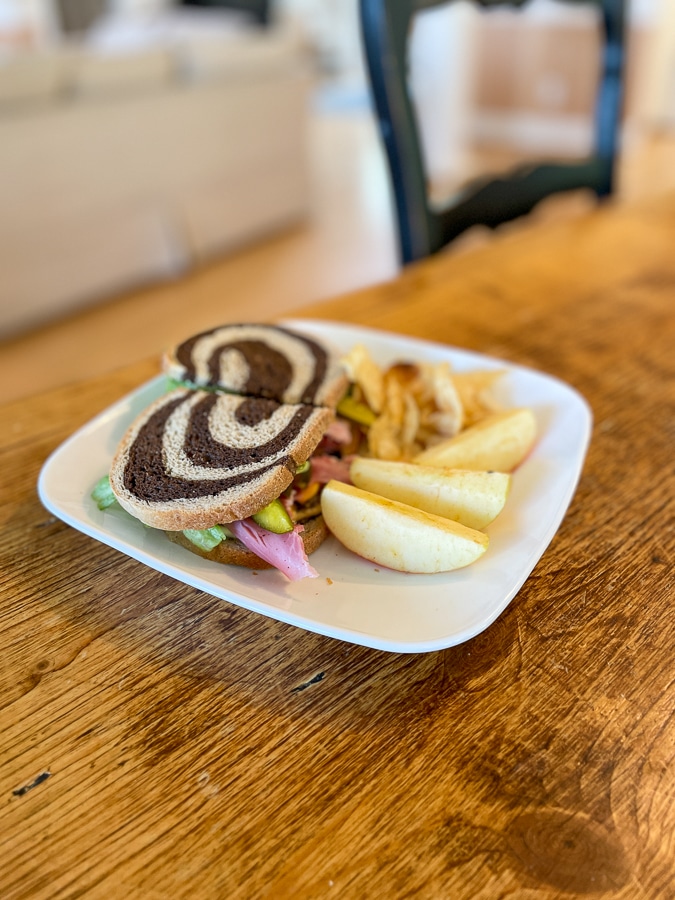 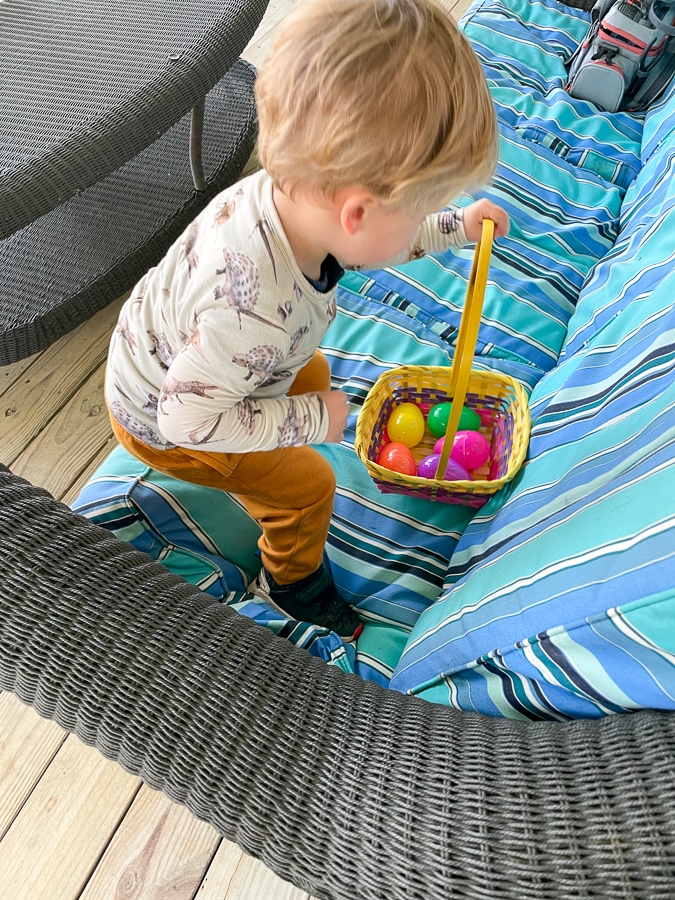 For dinner, we picked up some seafood chowder from Horizons and made a salad at home to pair with it. 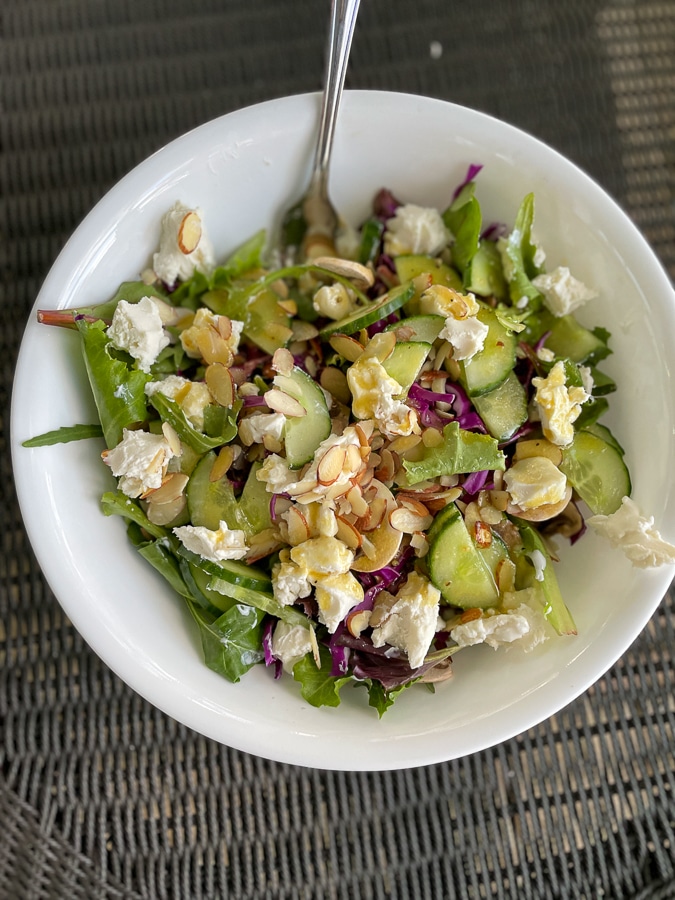 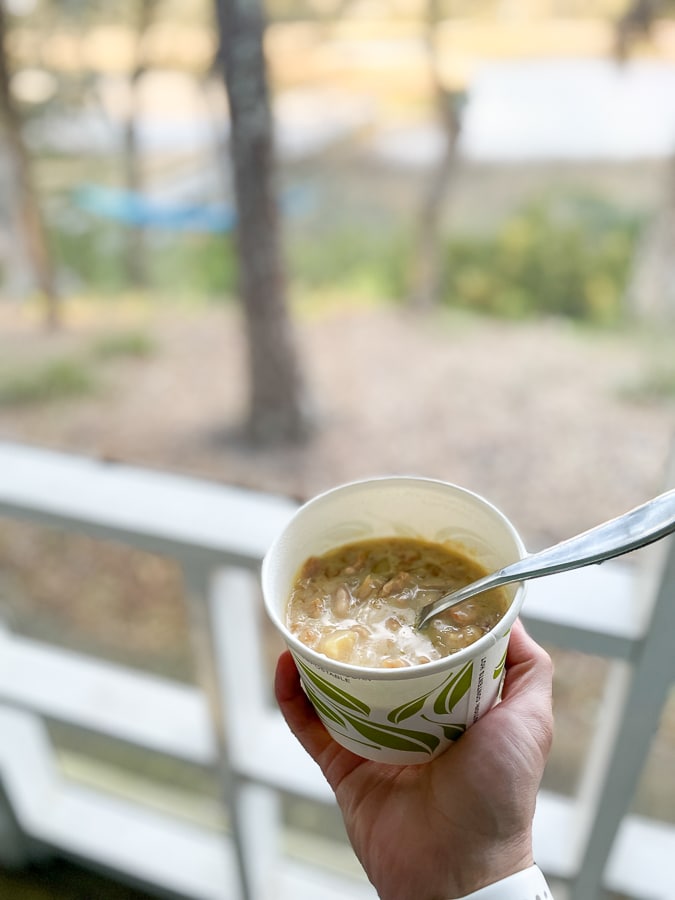 I’ll probably pop in on Monday or Tuesday with a recap of our Easter weekend!