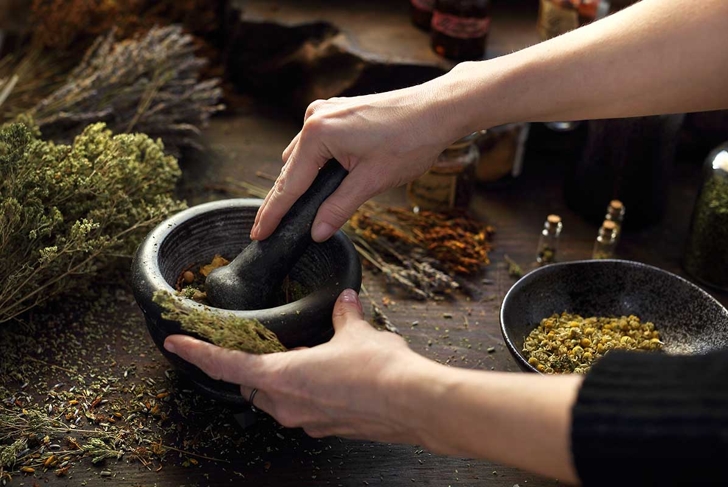 Many of us reach for the medicine cabinet whenever we have a headache, toothache, or any other pain. While most medications are safe, there is always the risk of drug interactions and side effects. This is particularly true in the case of pain relievers.
Luckily, a variety of natural herbs, foods, and beverages have analgesic properties capable of alleviating minor aches and pains.

Salmon, lobster, and other seafood 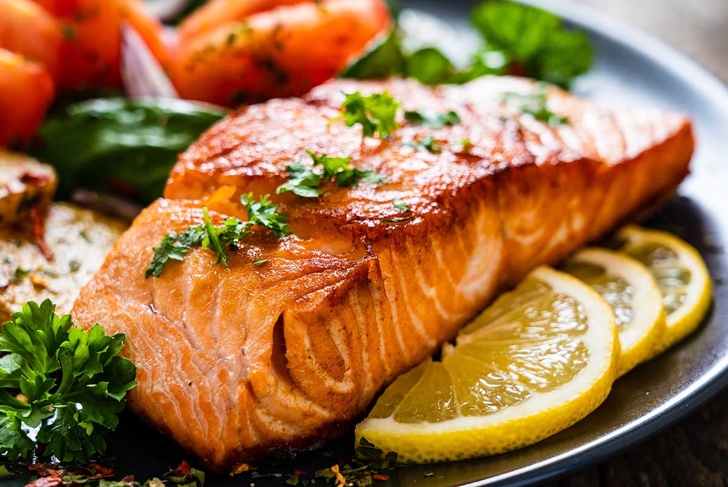 Little doubt surrounds the health benefits of seafood. Researchers have confirmed the benefits of omega-3 fatty acids and various other nutrients within these foods many times. Yet, experts are continuing to discover more benefits.

For example, the same pigments that give certain sea-dwelling creatures their unique colors may also have a positive effect on our health. A 1994 study found that these pigments, called carotenoids, helped reduce the symptoms of eye strain, including pain and headaches. More recent studies have uncovered both analgesic and anti-inflammatory properties, which could be useful for pain and inflammation relief. 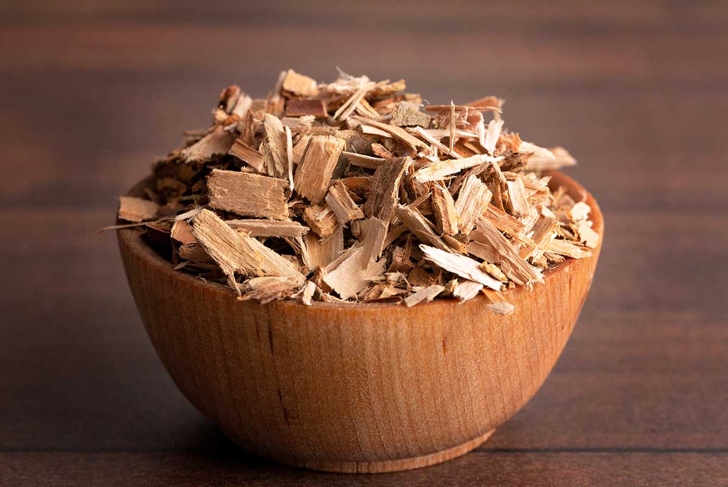 Claims of willow bark’s ability to cure headaches and fevers date back to ancient texts from Assyria, Sumer, and Egypt. Even the Ancient Greek physician Hippocrates wrote about the medicinal abilities of this plant, and many Native American tribes used willow bark specifically for pain relief.

The active compound in willow bark is salicin, which is a precursor to modern nonsteroidal anti-inflammatory drugs (NSAIDs). While the effects are likely far more subtle than modern medications, willow bark may have some pain-relieving properties.

Give it a try. Just be aware that some people have allergies to willow bark and salicin itself, and it can cause stomach irritation. 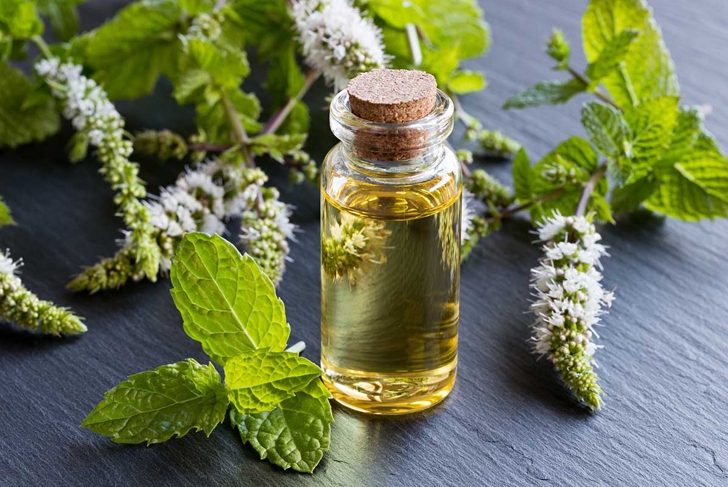 Peppermint is one of those flavors that seem to be everywhere. It appears in desserts, teas, toothpaste, and way more. Beyond these uses, it also has some notable medicinal qualities, especially for pain relief.

Peppermint oil and the plant’s leaves have a history in folk medicine as topical treatments for nerve pain, muscle pain, and itching. These claims are largely anecdotal and there is little research supporting them, but the chilling effects of menthol, a major compound in peppermint, are well known.

There is a little bit of research claiming that a topical peppermint solution can provide some relief from tension headaches and pain. Just remember not to use undiluted peppermint essential oil, as this could burn the skin. 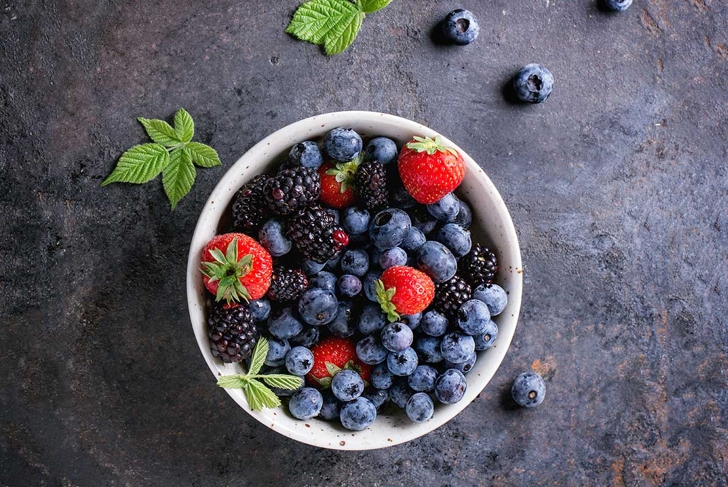 Many berries contain compounds with pain-relieving properties. The Arthritis Foundation notes that raspberries, blueberries, cranberries, blackberries, and boysenberries all provide some level of relief. Other research adds even more berries to this list.

It doesn’t seem to matter if they are frozen, fresh, or dehydrated. Even berry extracts seem to have these effects. According to the studies, berries can combat pain thanks to the anti-inflammatory qualities of their polyphenol compounds. 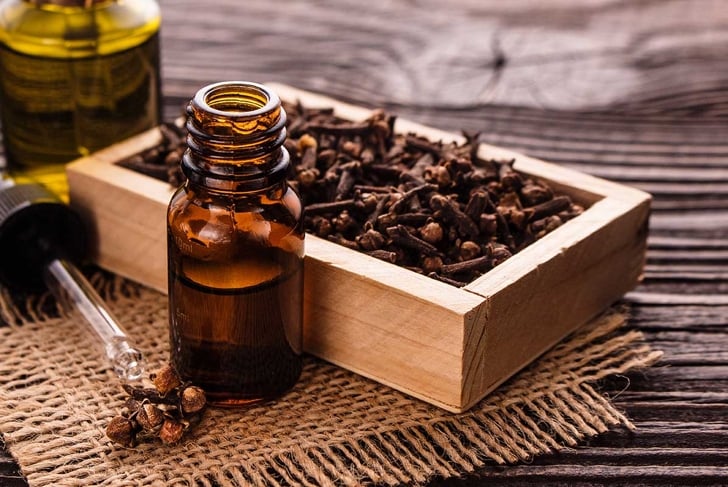 Cloves are aromatic flower buds that many cultures use as a spice, lending flavor to meat dishes, curries, and hot beverages. They also have a notable history in traditional medicine, likely thanks to the compound eugenol, which is also found in cinnamon and nutmeg.

Eugenol’s most popular use is an analgesic for toothaches and other pain, and some cultures believe it can reduce fevers. Studies have proven eugenol’s analgesic effects, though the other claims lack much scientific support.

It is important to note that eugenol is hepatotoxic, meaning it can damage the liver in high quantities. Additionally, people may become sensitized to the compound and develop allergic reactions, though some experts dispute these assertions. 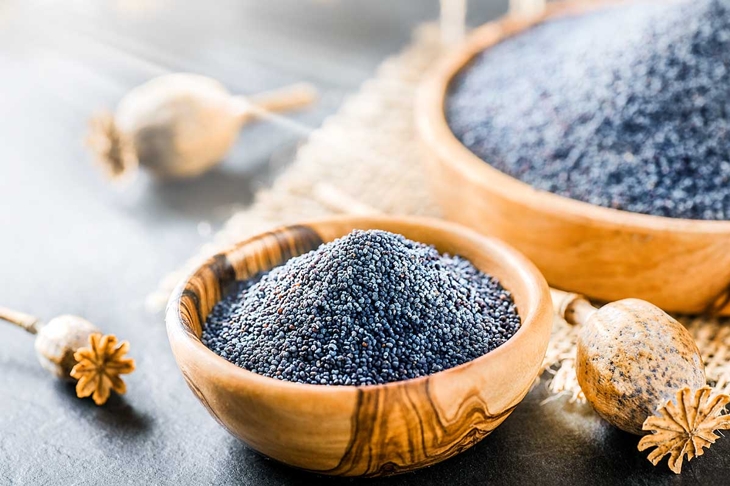 One of the most ancient remedies available, poppy seeds have been used as analgesics since at least Ancient Egypt. These tiny seeds contain small quantities of both morphine and codeine, pain-relievers that are still used today.

Once a person harvests the seeds from the flower, the morphine content begins to decrease, fading completely after 20 days. This means poppy seeds and poppy seed oil can be non-narcotic.

While safe in small quantities, eating large amounts of poppy seeds may lead to bowel blockage. 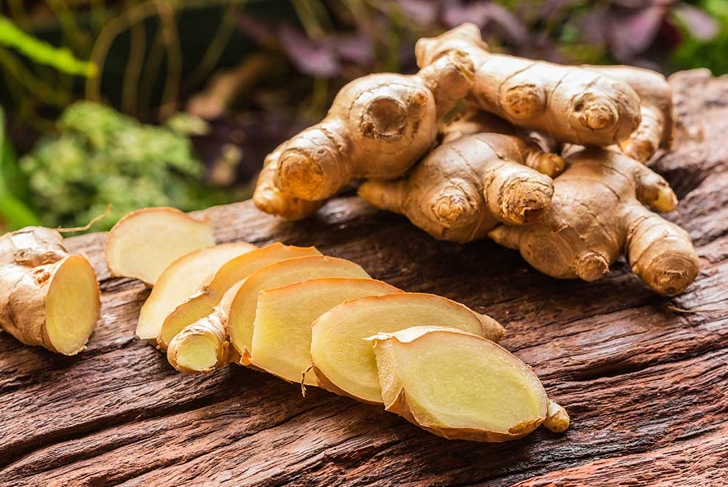 Ginger was one of the first spices that Asian countries exported, and it has become a staple ingredient in a range of foods and beverages. Its history in folk medicine is equally ancient and widespread. Unfortunately, few of these claims have received the backing of scientific research.

There is some evidence for ginger’s use as an anti-inflammatory and to improve digestive function. These properties could alleviate certain types of pain, depending on the severity. 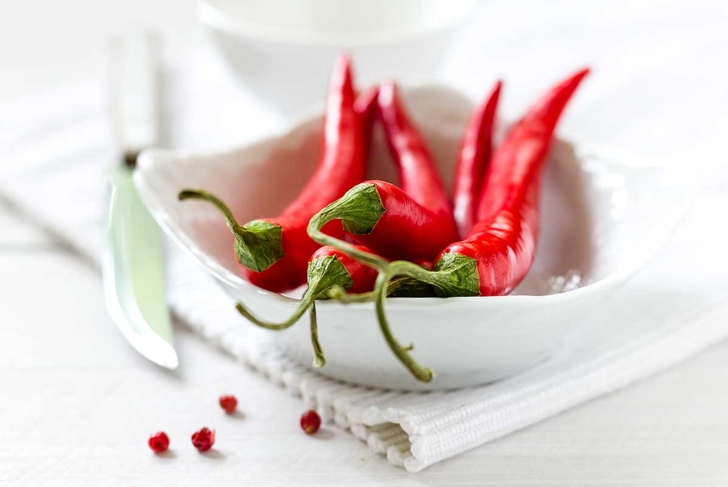 The same compound that gives chili peppers their intense heat can also help relieve pain in small amounts. This compound, capsaicin, is most plentiful in the white pith of the peppers, though it exists in the colored flesh as well.

Some people experience a unique form of euphoria when eating peppers, which may temporarily distract them from pain. However, when used topically it’s important to use only a tiny amount — too much capsaicin can quickly irritate the skin, leading to rashes or skin damage. 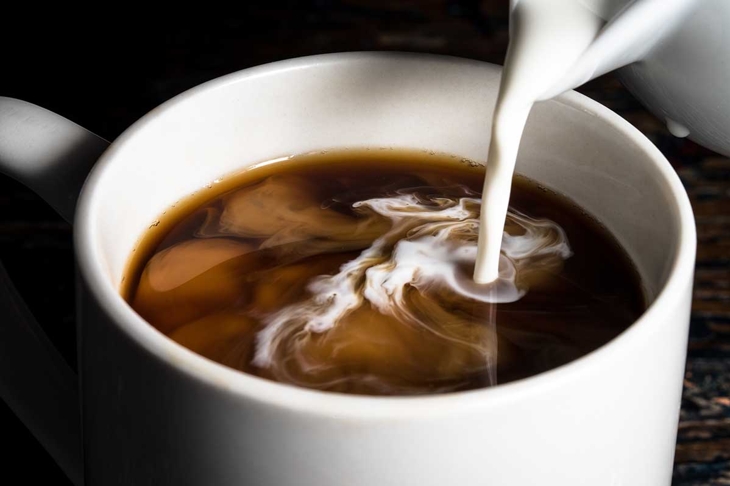 The claims surrounding the health benefits and risks of coffee seem neverending. Because the beverage has been a cornerstone of life for so many years, experts have researched it extensively. Caffeine can boost the strength of pain-relief medications like NSAIDs, so it may be beneficial to drink a cup of coffee when taking these drugs.

One study found that people who are experiencing sleep deprivation tend to have a higher pain sensitivity. Coffee and other wake-promoting agents reversed this effect, causing some pain relief. NSAIDs and other pain relievers did not have this effect.

Essentially, tiredness can heighten the perception of pain, and stimulants like coffee reduce pain sensitivity in this setting. Of course, coffee can also be the culprit of fatigue, so monitoring how the drink impacts sleep is important, too. 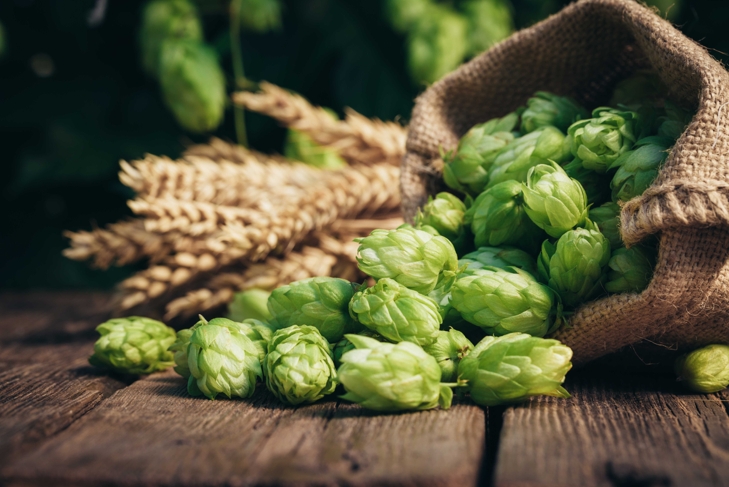 While most people associate hops with brewing beer, they have much more promise. Many herbal teas and soft drinks utilize hops and the young shoots can be cooked similarly to asparagus.

Beyond this, hops are a component in several folk remedies for pain and sleeplessness. Experts believe that the relaxing effect stems from a compound of degrading alpha acids. The effect even occurs when drinking non-alcoholic beer or similar beverages, as well.